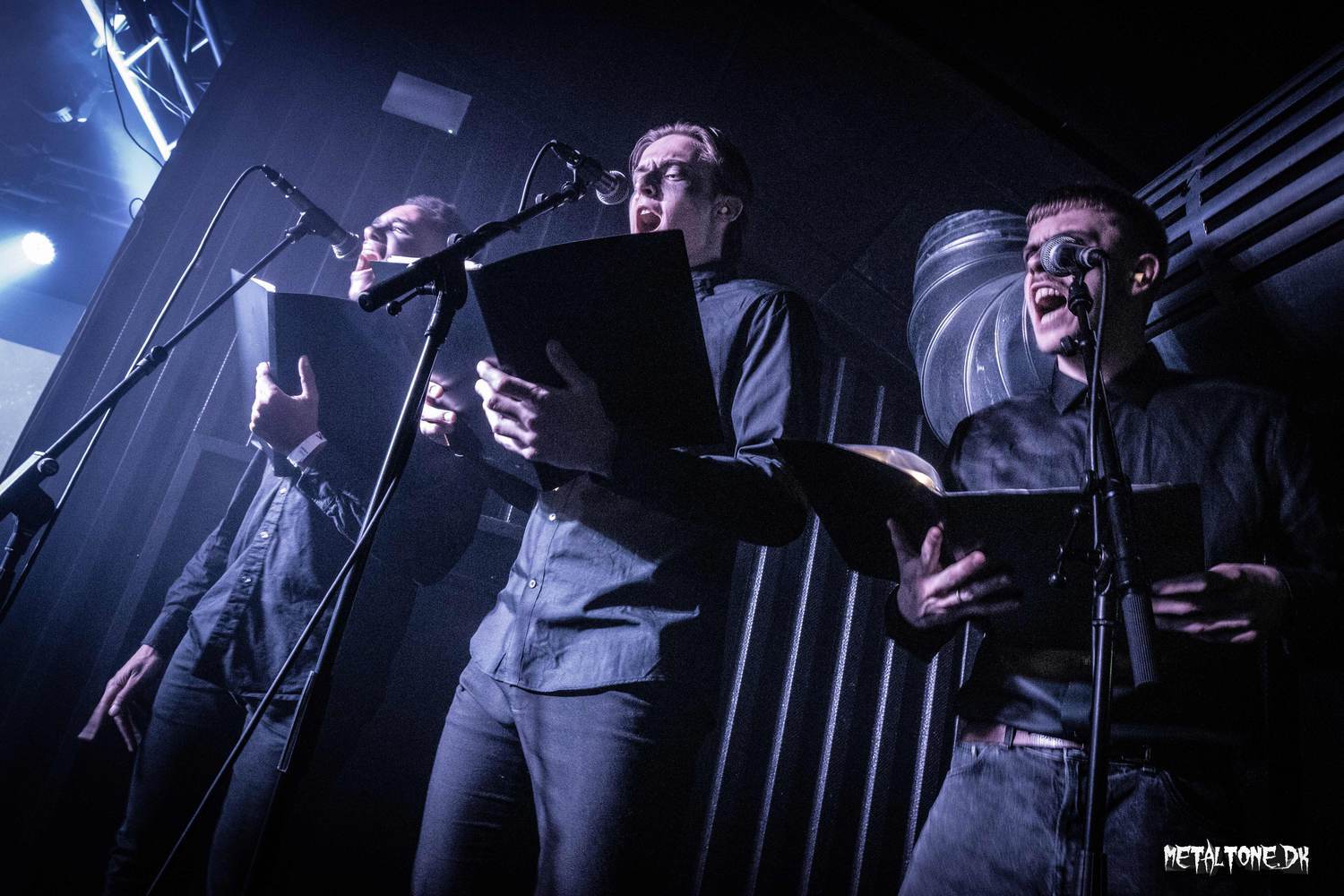 ★★★★☆ from Metaltone.dk for Ethereal Kingdoms’ special theatrical show at Royal Metal Fest 2019.
Backed with a special production grant, we brough stories from Hollow Mirror to life for the first time. We created a theatrical show featuring The Kingdom Choir, dancers, special effects and special light show.

“There were different highlights at Royal Metal fest this year. One of them definitely was Ethereal Kingdoms”

“I could almost have wanted a bigger stage for this show”

“The songs were executed beautifully with (…) Sofia fronting. (…) She’s educated in opera (…) but sometimes shifts to high pitch screams and even very masculine deep growls. (…). I was deeply impressed (…).”

“(…) performing the songs in text, dancing and acting backed by skilled and competent musicians (…)”

“We experienced death, joy, sorrow, love and ghosts this night (…) one of the interesting performances this year”

Thank you so much metaltone.dk!
Before the show, we spoke with Royal Metal Fest about our thoughts and ambitions for this one of a kind performance in this interview.
We were honored to be backed with financial grant from DMF, DAF and Metal Royale foundation.

Others who have witnessed this performance say the following:

9 of 10 stars – “I witnessed something unique” – Heavymetal.dk

Curious about our theatrical metal universe? Learn more in our about-section! 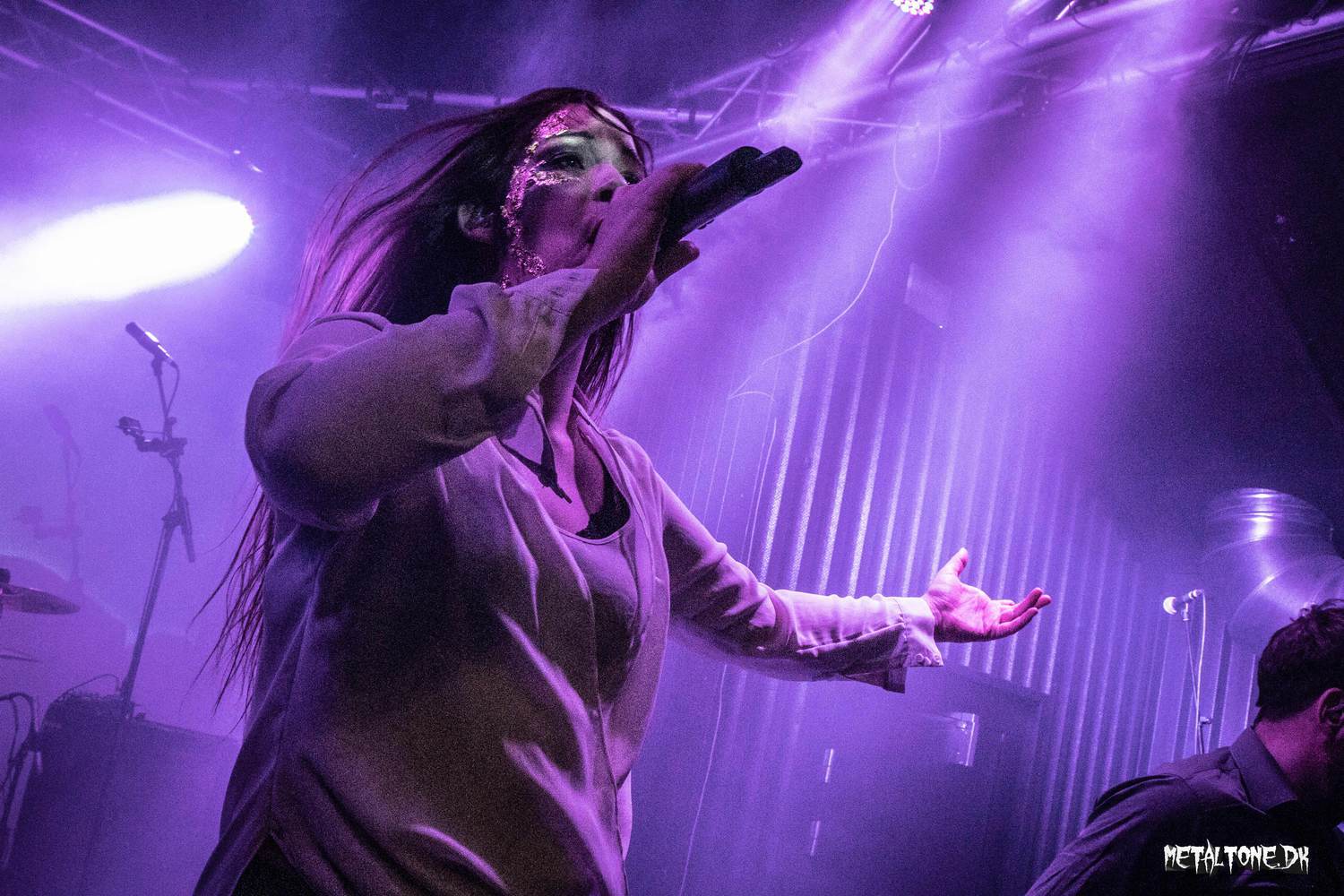 April 6th 2019 at 17.00 at Radar in Århus marked a milestone for Ethereal Kingdoms.
We unleashed our very first theatrical special performance at Royal Metal Fest .
We received their grant for creating an extraordinary concert.
We assembled The Kingdom Choir, premiered new songs from Hollow Mirror, unleashed corporeal ghosts, shattered violins, blood and a torrent of emotion from the intimate stage setting.

Journalist Jeanett Meibom shared her thoughts about our show:

“I was absorbed by what was happening on stage (…) I left with an experience of having witnessed something unique.”

“(….) entered Radar with a show in two acts: Act I and Act II. The first round featured just the band on stage but as the show moved along, more joined in: smoke-spitting ghosts and three young male choir singers (…)”

Thank you so much Heavymetal.dk!

Use the review section to explore other’s experiences of our music. 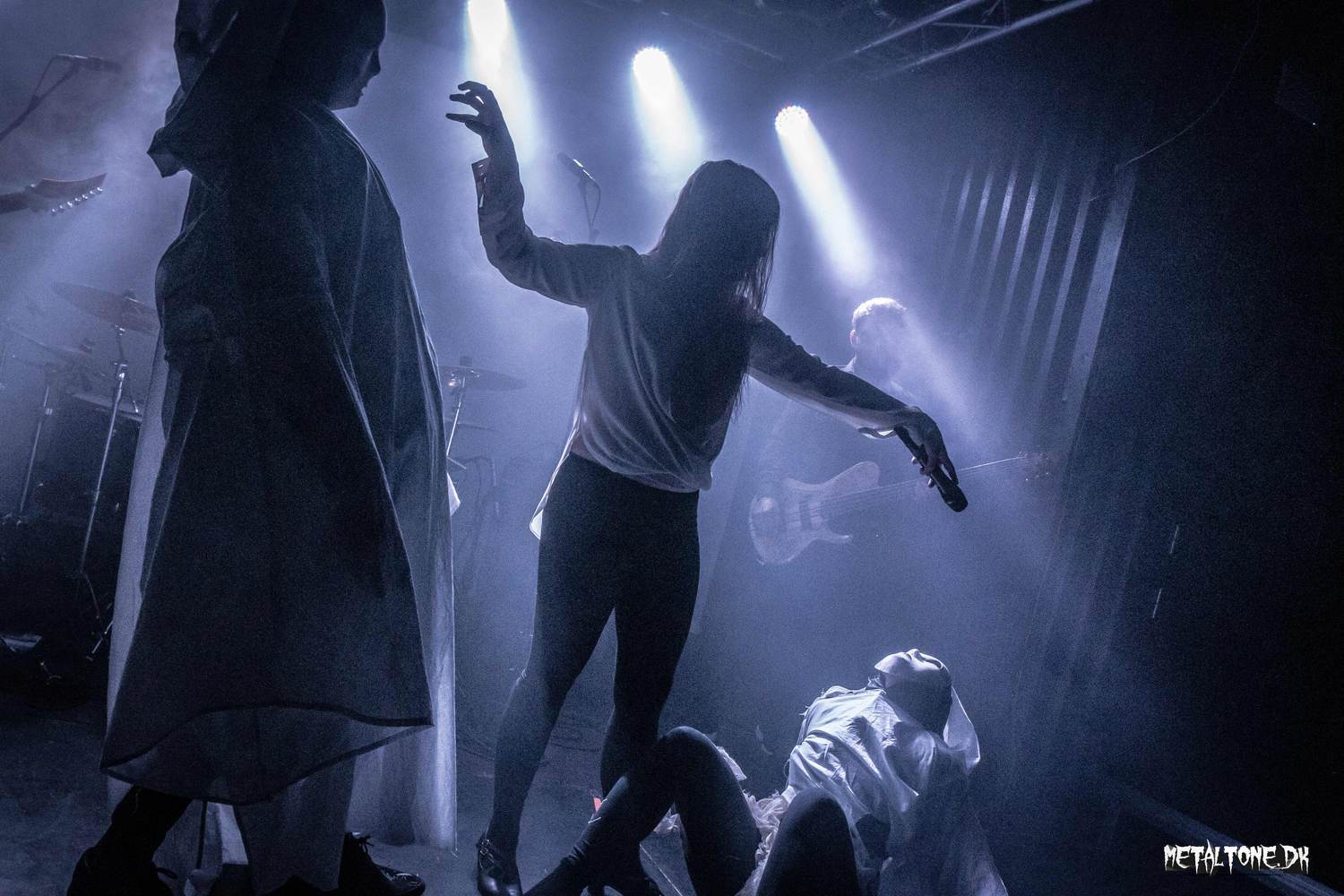 Ethereal Kingdoms have been granted a very special time slot at Royal Metal Fest 2019. A unique opportunity to bring our theatrical metal visions to life. A space to experiment in the intersection between show and concert.

Each year, the Metal Royale Foundation, Dansk Musikerforbund and Dansk Artistforbund offer a grant for a band, that wants to do something extraordinary with their performance.

Journalist Pernille Randrup reached out us to learn more.
We spoke about what’s happening behind the scenes, our ideas and concepts for the show and how to make ghosts come to live on stage.

“It’s not a concert, it’s not a musical, it’s not theatre. It’s something different where we think stage-oriented. A show”

“Ethereal Kingdoms is about experimenting in the intersection between show and concert. The balance between the grotesque and the beautiful. Contrasts, quick shifts, sudden flows.”

“We bring dancers to coporealize ghosts and (…) bring a choir to be a living part of the stage, to make everything more vivid – and it’s just nicer with live voices!”

“We’re experimenting with video backdrops and to assist in the lights we have Martin Lundholm, the light tech of MØL”

So how did the show play out?
Various media outlets witnessed our performance and shared their experiences here:

9 of 10 stars – “I witnessed something unique” – heavymetal.dk

Explore other interviews and learn more about our theatrical metal universe