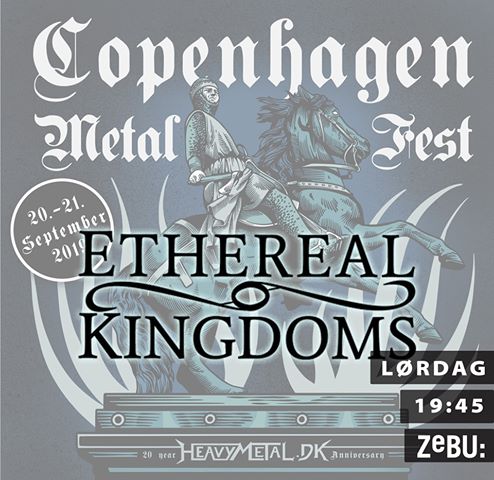 September 20th and 21st 2019 something new happened in the Danish metal scene. We were among the lineup for the very first installment of Copenhagen Metal Fest – a new festival focusing only on Danish metal bands.

Heavymetal.dk reached out to us for an interview before the show, where we talk about our inspirations, the state of the Danish music scene and how it feels to be part of starting up something entirely new.

“We’re not afraid of taking chances and creating shows, that extend beyond just being a concert”

“Expect something intimate, something intense – with surprises! (…)
We’re playing on a theatre stage, (…) so there’s space for getting up close and personal when the intensity and emotions are peaking. “

“Our format is flexible. Theatrical metal can be a lot of things. We’re gonna have a blast regardless”

Read the rest of the interview at Heavymetal.dk, who have also awarded our debut album Hollow Mirror an 8/10 score in their latest review.

How did our intimate performance go at the dark theatre stage of ZeBu?
Three metal journalists shared their experience here:

“A show of the grandiose kind” – 4 of 5 stars – Metal A Day
“The vocals are impressive as always!” – Devilution.dk
“Impressive!” – Metaltone.dk